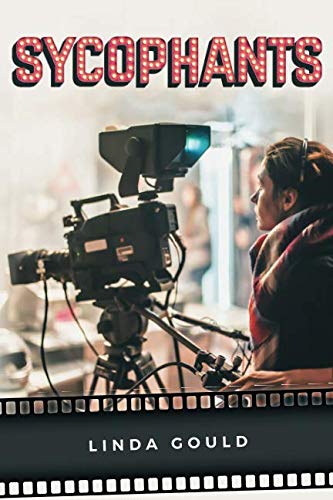 Linda Gould is a career bureaucrat, now retired from the Department of Labor. She earned a bachelor’s degree in English from Western Maryland College and a masters degree in political science from American University in Washington, DC. Sycophants is Linda’s fifth novel. She previously published Secretarial Wars, The Rock Star’s Homecoming, Let’s Play Ball, and Handmaidens of Rock. 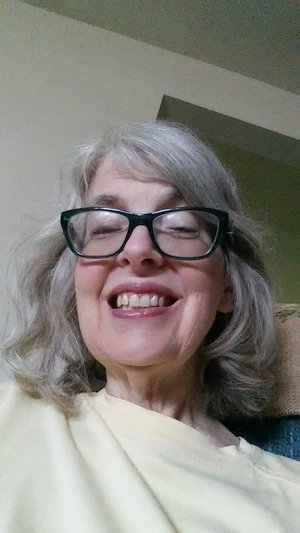 Welcome to Reader Views, Linda. Tell us about your new novel, Sycophants.

Sycophants is a novel that has been in process for a very long time. It became such a tangle at times over the years that I had to put it aside and work on other novels that for some reason came a lot easier. It’s a bit of a hot mess that only settled down after years of editing!

Such a great title! How did you come up with it?

Much of my writing examines ways that women interact with each other, whether they are friends or rivals or enemies or all of these things at different times. The word “sycophants” comes from the sense that some women are such commanding personalities that they almost inspire hero (or more accurately, heroine) worship.

Sycophants is the sequel to The Rock Star’s Homecoming, which you released in 2007.  How long has Sycophants been brewing in your head and what prompted you to put out the sequel after a number of years?

I left the Rock Star’s Homecoming girls still in college, preparing to graduate but not yet launched. I was curious to follow them into adulthood and see how much progress they would make toward the goal of “having it all,” which seemed to be the common yet rather unrealistic expectation of our generation.

Tell us about your protagonist, Imogene. What makes her tick?

Imogene is a bit of a paradox, a country girl who longs for the bright lights of New York City. She’s also an introvert who hopes to overcome her shyness and make her mark in the big city so that she’ll never have to retreat back to the farm. The publishing industry, which she tries first, doesn’t fulfill her dreams, nor does her rocky marriage. Later, she grabs at a chance to be a publicist for her former roommate’s film production company and cherishes a dream of having her own screenplay produced.

What kind of feedback have you received from readers so far?

It’s been gratifying that many readers seem to relate to Imogene’s blunders in the “glamour” world that is unfamiliar to her. There are mixed feelings about her going off the rails with a rock star she has long idolized, which also serves as payback to an unfaithful husband. One of the more negative reviews intrigued me the most. The reviewer claimed that she had never despised characters so thoroughly! I didn’t expect such a strong reaction, since I only intended them to be flawed, not despicable. But the reviewer did admit to being prejudiced against the “coming of age” genre, and the word “sycophant” didn’t endear her to the characters. I suppose I could take her strong reaction as a compliment.

What did your research for the story involve?

I researched the state of film production, financing, and distribution in the late 1980s and early 1990s. So much about the movie business has changed since then, with the advent of do-it-yourself videos, digital techniques, podcasts, etc. A story set in the present day would have to be quite different. Of course, the book was in process for so long that the old ways were still in force when I began.

What can you tell us about your publishing experience and where do you see publishing going in the future?

When I started writing novels, self-publishing was not yet an option. After a while, I simply lost patience with trying to obtain an agent or a publisher. Although my queries attracted some interest, I wasn’t getting any younger, and I felt I couldn’t afford to wait forever for a deal. But neither could I accept defeat, so I began researching do-it-yourself options. Then iUniverse came along, one of the first all-service self-publishing companies, and I published my first four novels with them. I thought they did a decent job on cover design, and their developmental editors were thorough and professional.

For Sycophants, my fifth novel, I decided to try something different by publishing independently on Amazon and joining KU. I did use a copy editor and cover designer prior to hitting “publish.” I think the future of self-publishing is very bright, as long as we indies take it extra seriously. It’s essential that our products be as perfect as we can make them, and indistinguishable in quality from traditionally published books.

What are your thoughts on writing groups, critique partners and beta readers?

I’ve been in the same critique group for over twenty years! Members have come and gone, and some have sadly passed away, but we keep chugging along. They are my beta readers, and they have sharp eyes for what works and what doesn’t. I’d advise any writer to try to get this kind of feedback on first drafts, as that can prevent a lot of wrong turns.

Being an author is a full-time business.  How do you balance your writing/marketing/promotion time?

Although I’m retired from my Federal government job, I’m still an early riser. I try to get my creative work done as early in the morning as possible, preferably with my first coffee. Unfortunately, marketing and promotion are also a necessity, so I try to at least think about possible avenues later in the day, once I’ve done some actual writing.

What do you enjoy most about the whole process?

Strangely enough, unlike many writers, I enjoy editing. It can be easier than coming up with fresh ideas, because there is already something on the page to work with. Cutting out excess verbiage, and fleshing out ideas when needed, can be quite satisfying, especially when I can see the improvement immediately.

And which part do you resist with all your being?

I’m the typical introvert who finds any form of self-promotion akin to torture!

What was the most challenging part about writing “Sycophants?”

The cast wouldn’t stop growing! I had a plethora of characters on my hands and was reluctant to let any of them go. The most challenging part was finding a meaningful role for all of them.

Tell us about some of your passions outside of writing.

Actually, my passions are reflected in my writing. I love music, especially the classic rock I grew up with. My 2014 novel, “Handmaidens of Rock,” is a tribute to that. I also love to watch sports, especially baseball, which is reflected in my 2010 novel, “Let’s Play Ball.”

What’s next?  Do you have another project in the works?

I’m working on a sequel to “Let’s Play Ball,” tentatively entitled “Let’s Play Two.” It will re-spark the mostly cold but occasionally hot war I envisioned between the United States and Cuba, with baseball as a catalyst for lots of political and romantic intrigue.

Do you have any advice for aspiring authors?

Don’t be afraid of writing dreadful first drafts for yourself only. But after that, call in the beta readers, and edit, edit, edit! Then put the manuscript aside for a while, come back to it, and edit some more. Then allow a professional, or several, to have a shot at it.

Where can readers connect with you and learn more about your work?

I’m on Facebook, Twitter, and Instagram, but mostly just for fun. I don’t do much on the first two platforms, apart from occasional political and sports discussions. My Instagram site (https://www.instagram.com/linda4320) has short versions of my book trailers and some still shots of a short film that I co-wrote. I also have a blog, although I’m a pretty slow blogger. It seems I can only come up with something of substance to write about every three weeks to a month. I discuss whatever I’m reading or writing, the local filmmaking community, and occasionally dip into sports, politics, or travel. My blog can be found at http://letsplayballbook.wordpress.com.

Linda, thank you so much for being with us today at Reader Views – It’s been a pleasure getting to know more about you and your works!